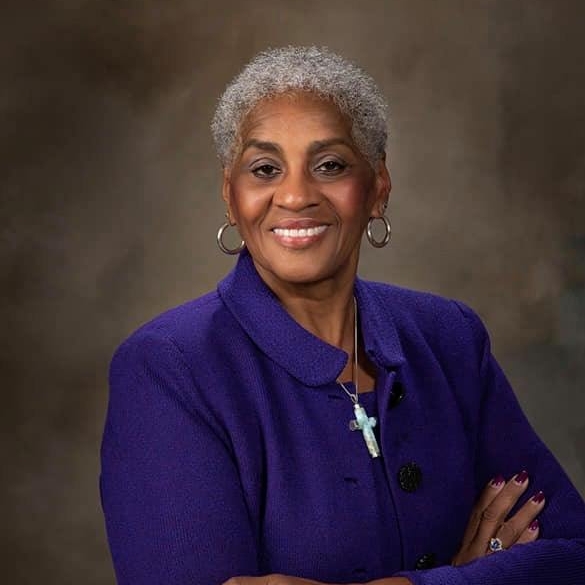 Wilberforce University, welcomes Bishop Anne Henning Byfield as its newest member to the university’s board of trustees. Bishop Byfield presides over the 13th Episcopal District of the African Methodist Episcopal (AME) Church, which includes Tennessee and Kentucky.

“We are tremendously excited about the addition of Bishop Anne Henning Byfield to our board,” said Mark Wilson, chair  of the WU board of trustees. “We are equally as optimistic about the impact she will have towards the university’s continued progress.”

As a representative on the board of trustees, Bishop Byfield’s role will also carry the title of chancellor, which means she will serve as a liaison between the AME church and the university. She replaces Bishop Errenous E. McCloud, who resigned earlier this month.

While she brings a wealth of board experience, Bishop Byfield says she is most excited to serve in this capacity for WU.

“I look forward to doing the work on the board of the university from which I graduated,” she said. I believe in giving back and having this opportunity to contribute to my alma mater in this way is, to me, unparalleled.”

The Wilberforce alum is a history maker. She is the first woman presiding elder in the AME connection whose father was also a presiding elder.  As presiding elder of the North District Indiana Annual Conference and of the South District, Bishop Byfield was the first woman to preside over the Fourth Episcopal District. In 2016, her election as the 135th elected and consecrated bishop of the AME Church is the first time in the church’s history that a person was elected with a sibling on the Council of Bishops, Bishop C. Garnett Henning (deceased).

One of seven children, Bishop Byfield was born in Tennessee to Rev. Dr. Herman W. Henning and Mrs. Mattie Elizabeth Henning.  Her early education began in Memphis, Nashville, and Chattanooga, TN. Along with her  degree from Wilberforce, her post secondary education includes Chattanooga City College, Newburgh Theological Seminary, Payne Theological Seminary, and Ashland Theological Seminary.  Along with her associate of science and bachelor of science degrees, she holds a Master of Divinity and Doctor of Ministry. Bishop Byfield was awarded an honorary Doctor of Divinity degree from the R. R. Wright School of Religion in Johannesburg, South Africa.

She is also a former presiding bishop of the 16th Episcopal District which includes the Caribbean, South America, and Europe.   She is the president of the Council of Bishops; chair of the Social Action Commission of the AME Church, chair of the Global Development Council, and former chair of Women in Ministry. The committee member of the International World Methodist Evangelism, is also a Golden Member of Alpha Kappa Alpha Sorority, Inc., pledging at Zeta Chapter, Wilberforce University.

Bishop Byfield’s allegiance to Wilberforce is not limited.  Three of her siblings and two of her in-laws are Wilberforce alums.

She has been married to Ainsley Byfield for 45 years. They have one son, Michael, a daughter in love, Adrienne, and four grandchildren.