After leading military commands  as a 2nd lieutenant in Nebraska and Utah, in 1894, Young was assigned a detached military position which led to him teaching military sciences and tactics at Wilberforce University. He taught at Wilberforce until 1898, when, during the outbreak of the Spanish American War, he was temporarily elevated to the rank of major to lead the 9th Ohio Infantry, the so called, “colored” unit of the U. S. Army. It was thought to be the first time an African American led a unit the size of that battalion.  Returning to his regular rank of 1st lieutenant, he was promoted to captain after the turn of the 19th century. 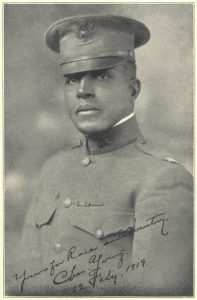 His reputation of highly skilled discipline, exceptional leadership and intelligence created his appointment as the acting superintendent of the Sequoia and General Ulysses S. Grant National Parks in California – a first for an African American.  Young was later assigned to Haiti as one of the federal government’s first military attaches’ and to Liberia, West Africa in the same capacity.

However, despite being called to many  locations for military assignments, it is the Wilberforce area he eventually called home.  His former residence is now the Charles Young Buffalo Soldiers National Monument, located on U. S. Route 42 in Xenia. 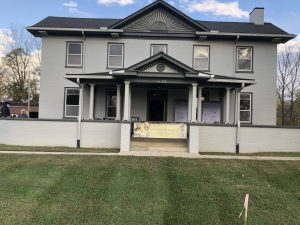 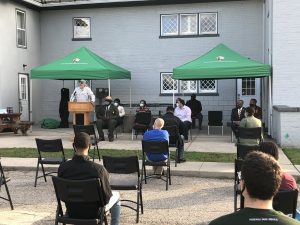 Recently, the rangers of that park called upon several organizations to participate in a clean up of the grounds. Community leaders, including Dr. Tashia Bradley, executive vice president and chief innovation officer at Wilberforce University, Ohio Senator Rob Portman (via phone call) and Young’s great niece, former Wilberforce, Ohio resident Renotta Young were on hand to express their appreciation for the voluntary work. 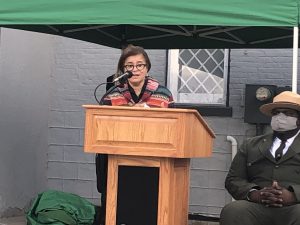 “Thank you for taking the project seriously. We are all partners who have helped keep my great uncle’s name alive. I grew up under his teaching, and when I think about what he went through and how he persevered, I want to share that same spirit of love and perseverance.” – Renotta Young, Charles Young’s great niece – 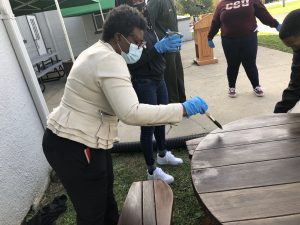 Dr. Tashia Bradley lent a hand in staining and preserving redwood tree benches –  “This is a great opportunity for us to engage in our history. It’s what we can do together to help the world move forward. Thank you for building this community together.” 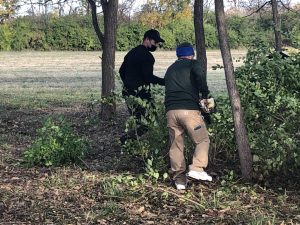 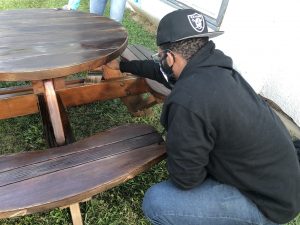 “They asked for volunteers to provide service at this house. We have been cleaning the interior – dusting, polishing. It makes it worth it, knowing you’re doing something good.” – Moriah Berni – volunteer, Charles Young National Monument