The Heel-less Shoe and WU; an Alum Gives Back

Home The Heel-less Shoe and WU; an Alum Gives Back 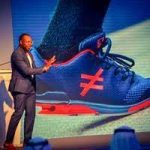 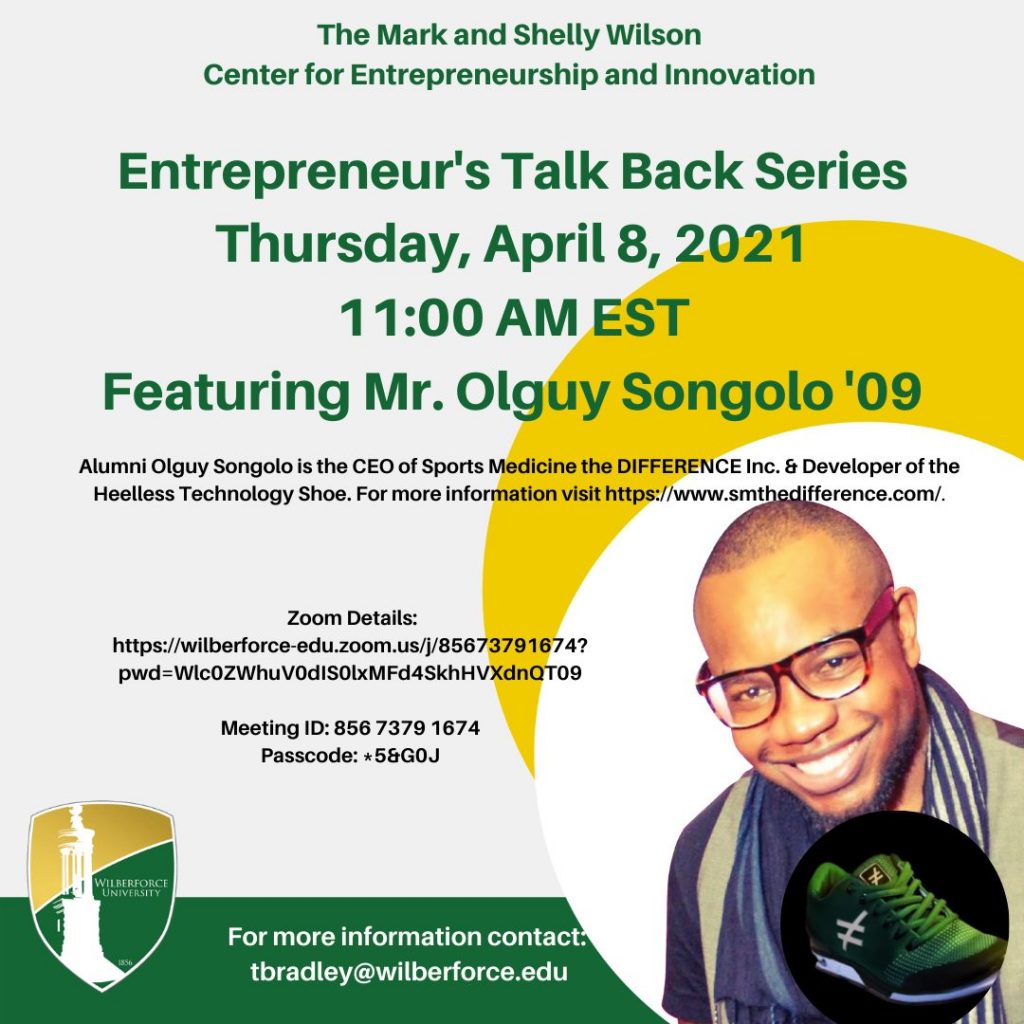 Hold fast to dreams. These words of jazz poetry innovator and social activist Langston Hughes could not be better applied than to the story of Olguy (pronounced ohl-ghee) Songolo. The Wilberforce University alumnus has carried his father’s idea of a healthier athletic shoe to the actual design, production, and sale.

As a professor at the Institute of Sports in Cameroon, Dr. Etienne Penka was concerned about the poor health of feet, more specifically, the landing patterns and injuries connected to runners of all ages and gender. After securing a Fulbright scholarship to attend Boston University, moving to the United States was what he needed to continue his unique study of feet and how they become injured, especially the feet of the people who run and how they land improperly. As a contact sport, absorbing the shock of a running heel consistently hitting pavement or even soft ground can damage not only feet but the lower spine.  Identifying the heel of the athletic shoe as the problem, Penka created a shoe without a heel. To prove his theory that a heelless shoe could work wonders for runners’  legs, backs, and feet, he tried it out on his favorite test dummy – his young son, Olguy.

“Imagine what that was like for me in middle school – wearing athletic shoes without heels,” said Olguy. “But the shoe was comfortable, I couldn’t deny that.”

Unfortunately, for family reasons, his father eventually dropped the idea of fully producing the shoe. But by the time Olguy graduated from Wilberforce  University with a degree in general rehabilitation (now, the university’s degree in clinical rehabilitation), he realized his father’s dream was a golden one and he wanted to revive it. He eventually left the United States and moved to the hub of global shoe production – China.

“After a lot of prayers, with my parents using their personal finances and my sister donating her savings, I began the long, harrowing process of learning to produce the heelless shoe in a country whose language and customs I didn’t know.”

Then there was a serendipitous meeting with a stranger from the United States which sparked an uptick in his luck and fortune. He and other high ranking personnel with Inter Tek, a multi-national product inspection and testing company, showed Olguy the lightest, but toughest materials to produce the shoe’s outsole. The rest, Olguy said was creating the aesthetics and history.

Today, the Heelless Technology Running Shoe, the DIFFERENCE,  cuts down on heel strike, the pounding that can cause damage to feet,  knees, and lower spine.  These days, the shoe is popular among nurses,  avid runners, athletes, and trainers and has been recommended for diabetics who suffer from neuropathy. “The foot is a complex and technical body part. Most people don’t pay any attention to it until something goes wrong. This shoe is our little healing piece to leave the world.”

The DIFFERENCE  can be bought on Amazon, social media, and the text based ClickSend.

Olguy Songolo is bringing his story of success spawned by creativity and hard work to students at his alma mater, Wilberforce University, the naiton’s first, provate HBCU. He speaks with them formally and candidly in a virtual meeting, Thursday, April 8th that is open to the public.  Beyond that, he will serve as a business mentor to the university’s Mark and Shelly Wilson Center for Entrepreneurship and Innovation, guiding young talent to think greater but to hold fast to their own dreams.