Wilberforce Golf Gets a Boost

Home Wilberforce Golf Gets a Boost 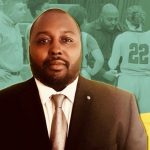 The televised event, Capital One’s The Match: Champions for Change, was supported by the PGA TOUR. Through The Match, funds were raised and donated to historically black colleges and universities (HBCUs), including Wilberforce University – the nation’s first private HBCU. The university is proud and grateful to have received $100,000 from The Match and the philanthropy will support the Wilberforce golf teams.

“These dollars will allow us to upgrade our overall golf program by providing equipment, uniforms, an indoor practice space, and scholarships. Also, because of this generosity, we will be able to increase recruitment efforts for our men’s and women’s teams. We are very grateful to PGA TOUR,” said Derek Williams, Wilberforce University athletics director.

Wilberforce University shares the mission of historically black colleges and universities to provide an academically strong learning environment in higher education for underserved populations. HBCUs boast graduating nearly 20% of the nation’s African American college students, and of that percentage, most have degrees in science, technology, engineering, or mathematics.

“Few roles have been more significant in the pursuit of social justice than education, especially HBCUs, whose foundations are rooted in access and opportunity. As producers of many of our nation’s greatest leaders, heroes, and innovators, institutions like Wilberforce University are stewards of our nation’s history,” said Jay Monahan, Commissioner of the PGA TOUR.

Gifts like this bring a powerful and positive impact to Wilberforce students of promise. That same influence also brings an equally vigorous return to our investment.