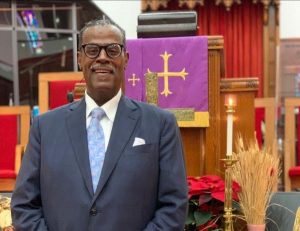 The journey from the campus of Wilberforce University to the pulpit of the historic, oldest church in Wilmington, Delaware has been long.  But the four year classroom commitment at WU was only the beginning of Silvester Beaman’s fruitful trek to God’s calling. What the pre-theology/philosophy major didn’t know at his 1982 undergraduate commencement is, decades later, he would become a part of history. This is the link to the Dayton Daily News story published January 16th. 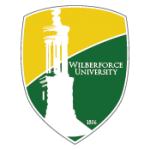 Beaman, a native of Niagara Falls, New York, has pastored Bethel AME Church in Wilmington, Delaware for more than 25 years. As a close friend and confidant of, and spiritual advisor to the Biden family, Beaman was asked to deliver the prayer by President-elect Biden.
Introduced by Joe Biden, the president-elect’s deceased older son Beau and Beaman were good friends. The minister prayed with the younger Biden before his overseas Army deployment and during his fight against brain cancer.
Beaman credits the elder Biden with helping him navigate the political arena in Wilmington when he began his pastoral duties at Bethel AME in 1993. He says his benediction will focus on diversity, inclusion, and healing the nation.
“I am proud to represent God, my family, and my alma mater, Wilberforce University.” – Rev. Silvester Beaman
Beaman is a member of Alpha Phi Alpha Fraternity, Inc.
### 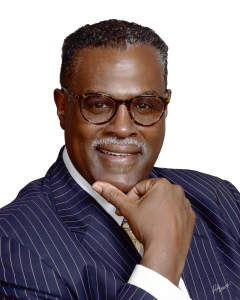