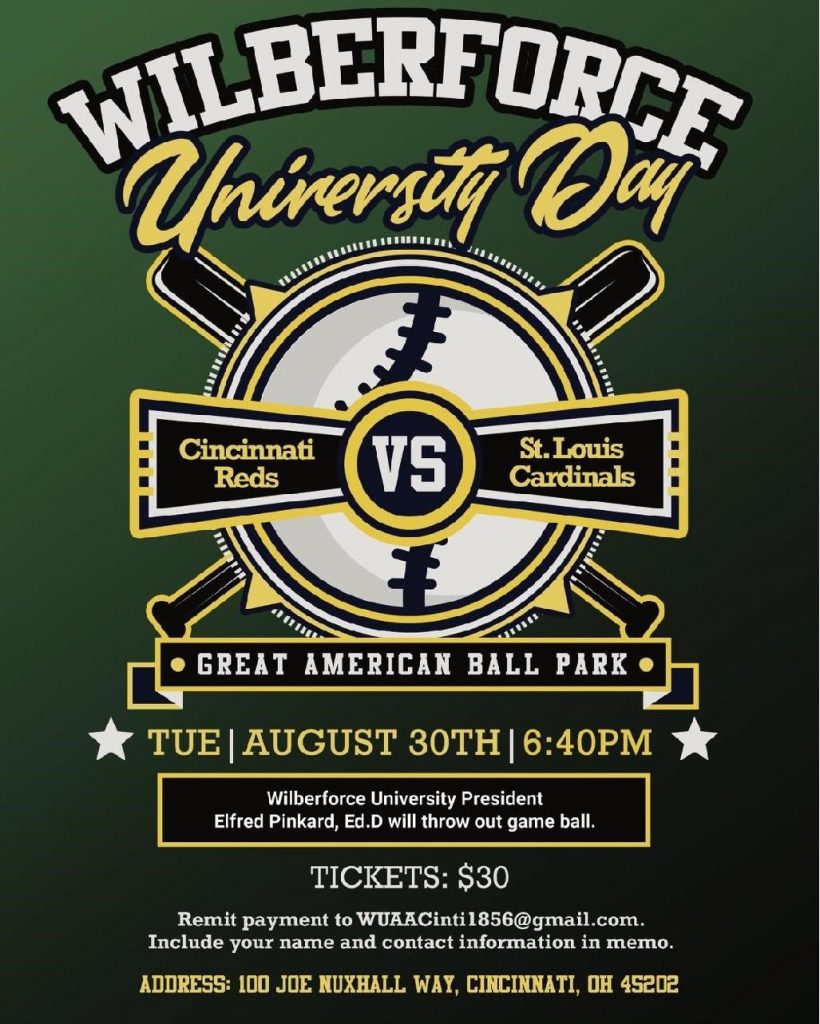 Dr. Elfred Anthony Pinkard, the 22nd president of Wilberforce University, will be part of an assisted pitch to start the game between the Cincinnati Reds and the St. Louis Cardinals Tuesday, August 30th. Dr. Pinkard will toss the baseball to Wilberforce freshman middle infielder Joe Mendy, who will throw the ceremonial pitch.
Mendy, a 2022 Vandalia (Vandalia, Ohio) Butler High School graduate, is part of the new Wilberforce University baseball team. Last fall, Wilberforce and the Cincinnati Reds announced the return of baseball to the university’s campus after an 80 year hiatus. The Reds, along with its the Reds Community Fund (RCF), have partnered with Wilberforce to bring the game to the Greene County, Ohio campus. The Community Fund is a Reds outreach initiative that connects baseball and softball to underserved communities.
Mendy’s longtime connection to the Reds includes RBI, Reviving Baseball in Inner Cities, a program that not only stimulates baseball, but encourages the growth of character and academic achievement.
Mendy says he has been involved in baseball since he was five years old, but this pitch will be a unique experience.
“I am looking forward to the game,” he said. “To take the toss from my university president and then throw the ceremonial pitch before the start of the Reds – Cardinals game is something I will never forget.”
What: WU president and freshman WU player pitch in a Reds game
When: Tuesday, August 30th, at 6:40 pm
Where: Great American Ballpark, 100 Joe Nuxhall Way, Cincinnati, Ohio 45202
Share this
Related Articles