This past weekend, the Wilberforce University (WU) Men’s Basketball celebrated another team-win in the Christian College National Invitational Tournament in Oakland City, Indiana.

With an outstanding result of 24-2, the Bulldogs faced the championship-game host team Oakland City University, and had easy wins against Johnson University, Florida and Hiwassee College, Tennessee. “This experience was one of the better played games I have witnessed from both teams”, stated Head Coach Kevin Waters. “Our men came out with a purpose. On the advent of a win, each player dedicated their success back to the University. We have made a commitment to restore the legacy and level of excellence that Wilberforce is, and striving to become.”

The second round match up was against Rhema Bible College who were 17-7 and considered one of the favorites to win this year’s Tournament. Wilberforce came out and applied full court pressure in the entire game, which ultimately became the deciding factor.

Arthur Haggard was named the Tournament’s Most Valuable Player! “We are happy to bring the WU it’s first National Championship, stated Head Coach Waters. The National Championship Banner will be put up during halftime of the Alumni game at the 2018 Dawn Dance. We encourage alumni and future Wilberforce students to come out and enjoy this historical victory! 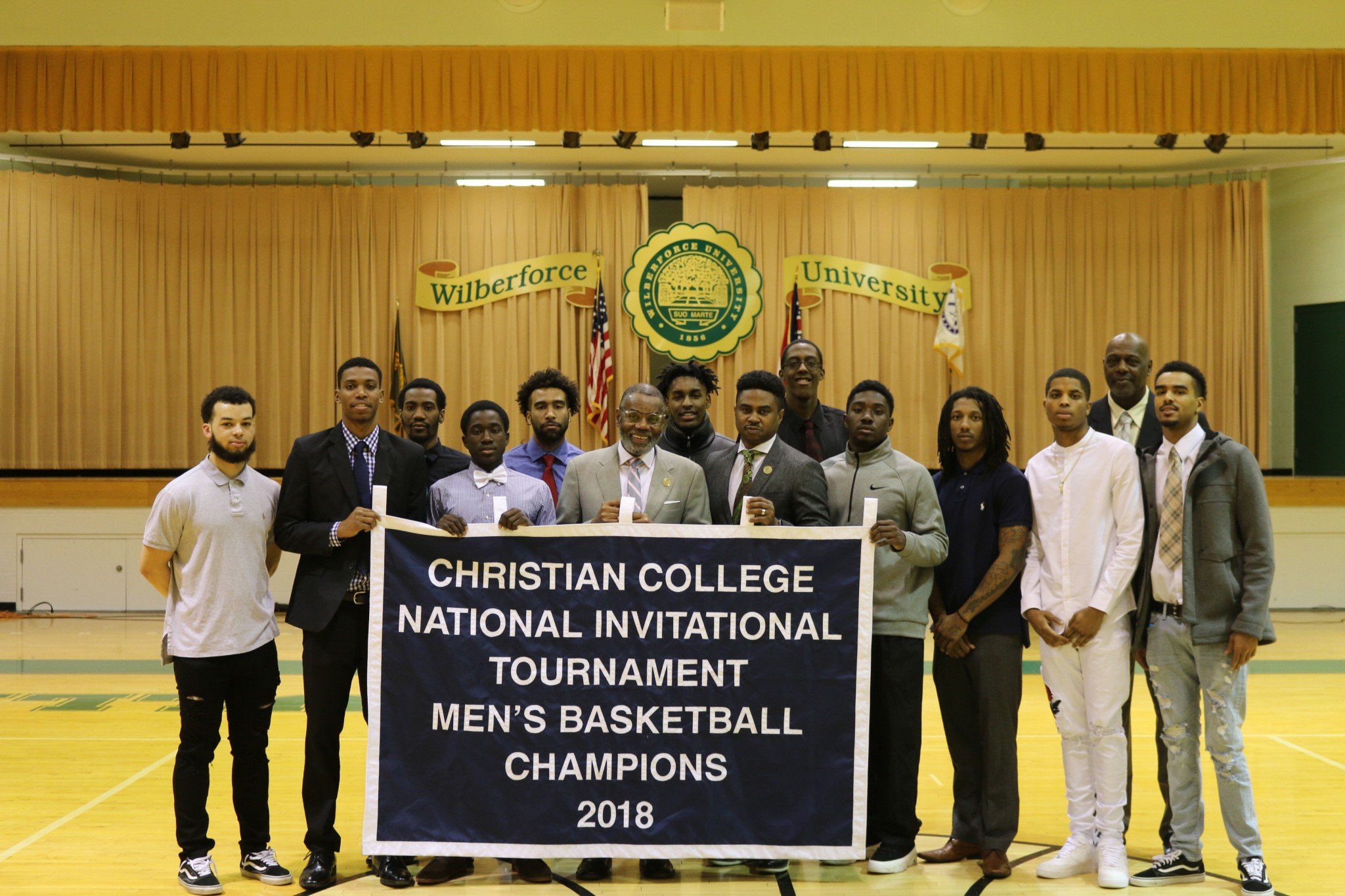