WU Baseball is Back – with the Cincinnati Reds

Home WU Baseball is Back – with the Cincinnati Reds 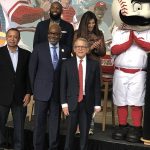 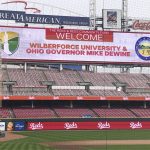 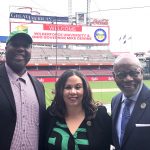 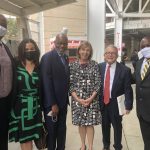 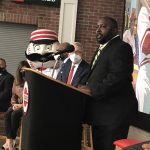 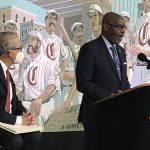 After a multi-decade hiatus, baseball will return to Wilberforce University. The Cincinnati Reds will collaborate with the university to bring the men’s program that, according to WU’s oldest alum, Dr. Jayme Coleman Williams (’38), had not been active since before 1947.

“I think the announcement today is going to be one more tool, frankly, that Wilberforce will have, one more reason for  young people to look at Wilberforce for college.” – Governor Mike DeWine

President Pinkard reminded all in attendance that the university’s history of being initially founded by white and Black clergy in the mid 1800s is reflective of the negotiation process that brought this new agreement to actualization.

“This is much more than a partnership. This represents who we are as Americans.” – Dr. Elfred Anthony Pinkard, 22nd president, Wilberforce University

And, of course, WU athletic director Derek Williams, who worked tirelessly to make continued connections between the university and the Reds is excited to start a team in the fall of 2022. He indicated there are strong considerations to create other student focused opportunities within the Reds organization.